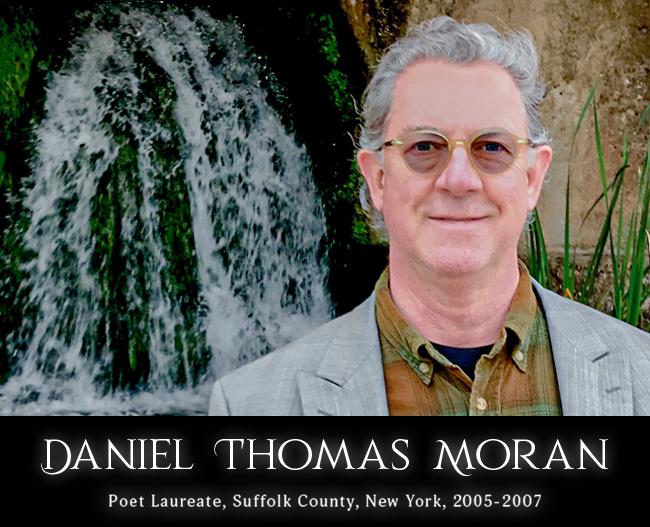 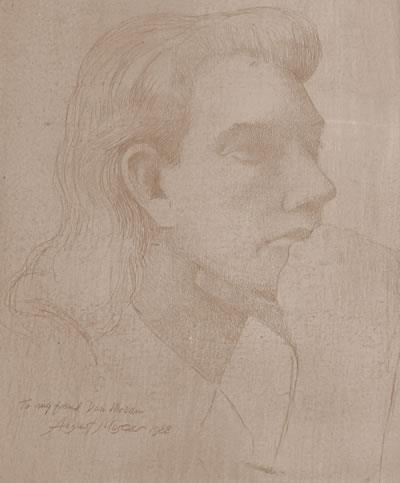 Daniel Thomas Moran, former Poet Laureate of Suffolk County, New York, born in New York City on March 9, 1957, is the author of twelve volumes of poetry, the most recent of which, In the Kingdom of Autumn, was published by Salmon Poetry in County Clare, Ireland in 2020 and Balance  was published in India by Cyberwit.net also in 2020. His previous collections were Here in the Afterlife (2017 Integral Contemporary Literature Press at The University of Bucharest in Romania). Translation by Lidia Vianu,  A Shed for Wood (2014 Salmon Poetry), De La Hilo La Willow Pond (2009 Contemporary Literature Press and also by Translation Café at The University of Bucharest translated to Romanian by Iulia Gabriela Anchidin Miron), Nieve de Agosto y otros poemas (2014 Diaz Grey Editores) (translated by Mariela Dreyfus of New York University), Looking for the Uncertain Past, was published by Poetry Salzburg in 2006 at The University of Salzburg in 2006. Other collections include Dancing for Victoria (1991), Gone to Innisfree (1993), Sheltered by Islands (1995), In Praise of August (Canio’s Editions 1999), From HiLo to Willow Pond (Street Press 2002), The Light of City and Sea-An Anthology of Suffolk County Poetry (Street Press 2006 as Editor), The Book of Moran (Asinine Poetry 2007). He holds a Bachelor’s Degree in Biological Sciences from Stony Brook University (1979) and a Doctorate in Dental Surgery from Howard University (1983). He has read widely at bookstores, libraries and universities throughout New York, New England and Long Island and has done readings in Ireland, Italy, Austria, and Great Britain as well as at The Library of Congress and The United Nations.

He was profiled on New York Public Television’s Setting the Stage (which was nominated for a New York Emmy Award) and on The Poet and The Poem from The Library of Congress hosted by Grace Cavalieri. He was profiled in the 2009 edition of Poet’s Market. He is a participating writer to The Password Project, an international collaboration between visual artists and writers based in Austria. In 2005 he was appointed Poet Laureate by The Legislature of Suffolk County, New York, the birthplace of Walt Whitman, and served until 2007.

His work has also been translated into Romanian and Spanish, and has been published in Canada, France, Colombia, Austria, Germany, Turkey, Slovenia, Wales, England, Australia, New Zealand, Romania, Italy, South Africa, India, Kosovo, and China. He has been listed in Who’s Who in America (since 2000), The International Who’s Who, The Directory of American Poets and Fiction Writers and The International Who’s Who in Poetry. He is a member of PEN American  and as been ordained a Celebrant by The American Humanist Association. He edited of The Light of City and Sea, An Anthology of Suffolk County Poetry 2006 (Street Press). His collected papers are being archived by Kristen Nyitray at The Department of Special Collections of The Frank Melville Library at Stony Brook University where he also served on The Dean’s Council from 2005-2010. In 2006 he was inducted into The Massapequa High Schools Hall of Fame.. He was judge of the Massachusetts Poetry Out Loud Competition in 2012. He is a founding member of Irish American Writers &Artists. He presently serves as Chair of The Dean’s Advisory Board for the University Libraries at Stony Brook University and as Arts Editor for The Humanist magazine inn Washington, D.C. He was Poetry Editor of Humanist Network News. He is an ordained Humanist Celebrant and served on the Board of The Humanist Society from 2014-2016. He also serves on three committees in New Hampshire which are dedicated to matters of conservation.

He is the Father of Lindsay Alison (b. 1984), Ashley Zurl (b.1987) and Gregory Riordan (b.1990). He and his wife Karen live in Webster, New Hampshire. In 2013, he retired from his position as Clinical Assistant Professor of General Dentistry at Boston University’s Goldman School of Dental Medicine. In 2011, he delivered the school’s Commencement Address and received the Outstanding Faculty Award from The American Student Dental Association. He also received the Outstanding Faculty Award from the graduating class of 2012.  He retired from teaching in 2013. He is also a chair maker, making chairs using the methods and tools used in the 18th century. One of his chairs is featured on the cover of his new collection, In the Kingdom of Autumn.

“The water you touch in a river is the last of that which has passed, and the first of that which is coming. Thus it is with time present. Life, if well spent, is long.”